The Yellow Drawing Room is used by the family as a summer sitting room.

The large painting after Van Dyck, shows three of the children of King Charles I, The Prince of Wales, later King Charles II in red, Prince James, later King James II, in blue and their sister Princess Mary. The large dog often appears in pictures of the Royal Family at this time. The lovely 17th Century flower painting over the Adam fireplace is by Jean Baptiste Bosschaert and to the right of the fireplace is a portrait by Robert Pine of Sir Thomas Cave, 6th Baronet who died only two years after inheriting Stanford, while serving as High Sheriff of Leicestershire.

On the opposite wall is a charming portrait of his daughter Sarah, Baroness Braye with Henrietta the youngest of her nine children who was eventually to succeed her. Sarah, an independent and forthright character, lived to be over ninety and had an extremely eventful life. She inherited Stanford from her brother, Sir Thomas Cave the 7th Baronet, whose portrait by Downman hangs next to the right of the fireplace. Sir Thomas died at the early age of twenty-six and had no children; being a woman, Sarah was unable to inherit the Baronetcy which passed to an uncle and thus away from Stanford. This may explain her interest in getting the Braye peerage out of abeyance.

The Yellow Drawing Room is used by the family as a summer sitting room. 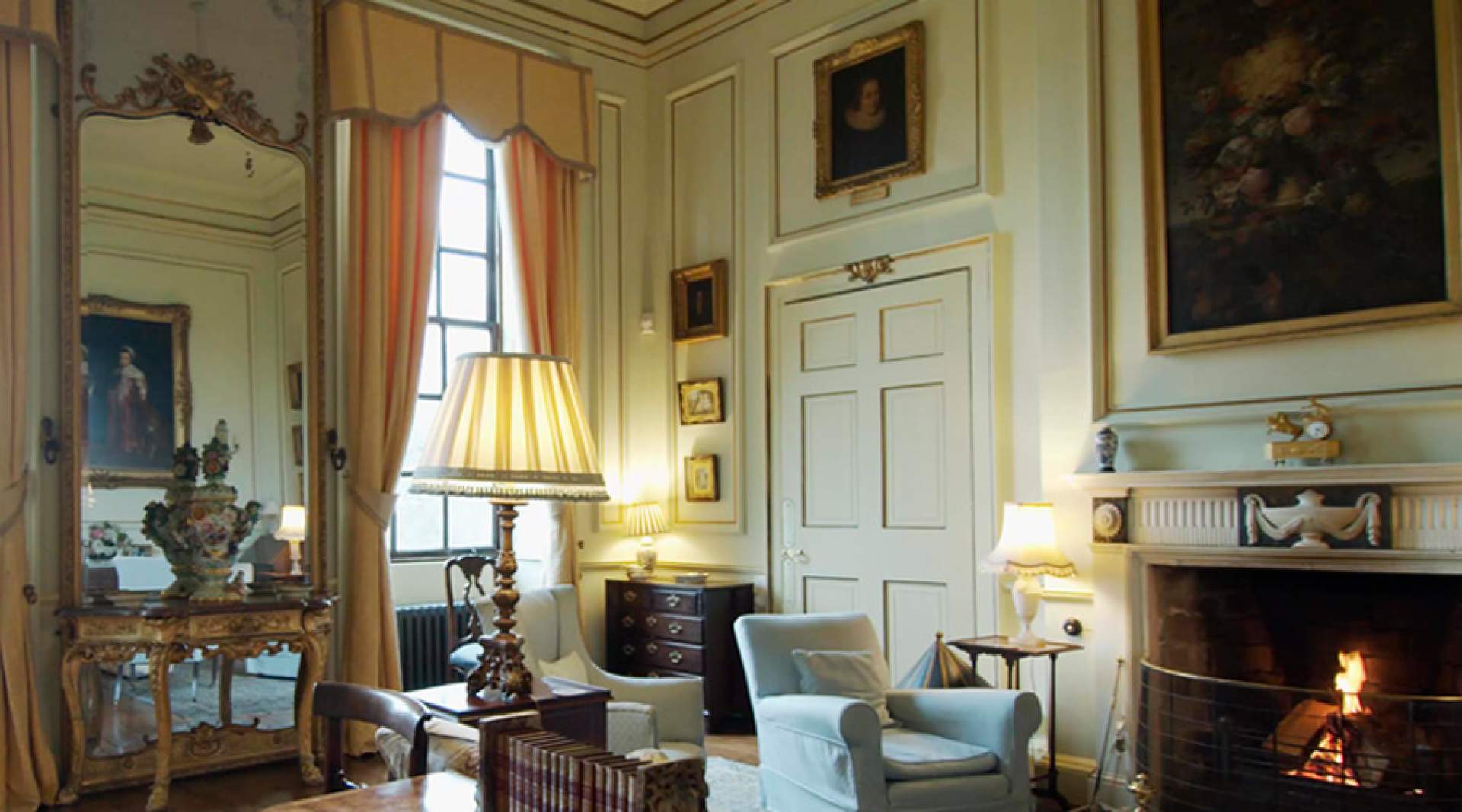 The sofa table under this picture is Regency, it is made of rosewood with an unusual grain called Calamandar. The walnut desk opposite it is George II, about 1740 and the console table between the windows is 18th Century Italian. The English marquetry long-case clock was made for the family by Christopher Gould in 1698, a year after the Hall was built.

There are two small paintings on enamel by the Victorian artist Henry Bone which show Queen Elizabeth I and Sir Ambrose Cave, who was Chancellor to the Duchy of Lancaster and a Privy Councillor. He is shown here wearing the Queen’s garter which he picked up when she dropped it dancing and promised to wear for the rest of his life for her sake. On the staircase there is another contemporary portrait of him with the garter conspicuously displayed.