The Library holds over 5,000 books, collected by the family over generations since the 17th Century, ranging from Greek philosophy to children’s story books. Some of the manuscripts are of particular significance to Stanford, the oldest of which dates back to 1150, and is a grant of the Stanford land from the Benedictine order at Selby Abbey in Yorkshire in the reign of King Stephen. The Cave family, who originally came from Yorkshire, farmed the land here as tenants of Selby Abbey from 1430. Another manuscript, dated 1496, is an inventory of the old Manor House and estate, and includes “a feddurbed and a bolstur” and “a vyollet gowne” as well as horses and pitchforks.

The Library holds over 5,000 books, collected by the family over generations since the 17th Century. 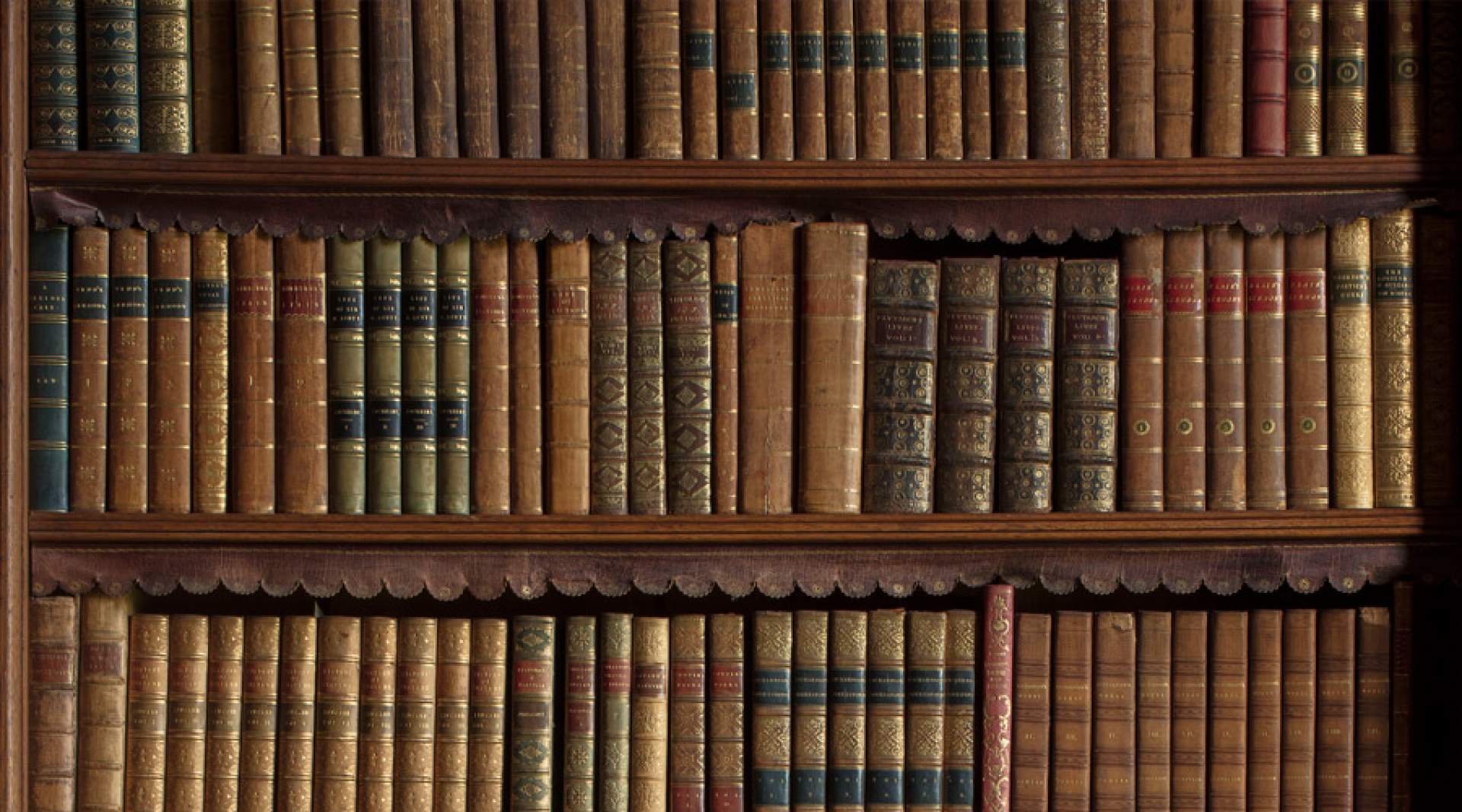 In 1540, Sir Thomas Cave, known to the family as “The Purchaser”, bought the land from Henry VIII following the dissolution of the monasteries for the sum of £1,194.3s.4d and the Deed of Purchase is kept in the Leicester Record Office. A manuscript is displayed, detailing William Smith’s estimate for pulling down the old house and for building the present one for Sir Roger Cave, with a budget of £2,137.10s.7d. A much later manuscript, is a letter from Lord Melbourne, first Prime Minister to Queen Victoria, to Sir Roger’s descendant, Sarah Otway-Cave, informing her that the Braye peerage was to be brought out of abeyance in her favour, following the marriage between Margaret Verney of Claydon, descendent of the first Lord Braye, and Sir Thomas Cave in 1703.

Other features in the Library include a charming silhouette by Torond, depicting the fifth Baronet and his wife enjoying a musical evening with friends. A beautiful Bible and Book of Common Prayer embroidered with silver thread on crimson silk are presented. These items were created by Eleanor in 1629, daughter of Sir Thomas Cave, married to the great traveller and diplomat, Sir Thomas Roe, in thanksgiving to God after a stormy voyage home from Turkey, where the Pasha’s improper advances to Eleanor had forced the couple’s precipitate departure. The portrait over the fireplace is of William Cecil, Lord Burleigh, Queen Elizabeth I’s famous minister, who signed the displayed marriage settlement between his sister Margaret Cecil and Sir Roger Cave.